You won't find people more dedicated to the service of special districts. 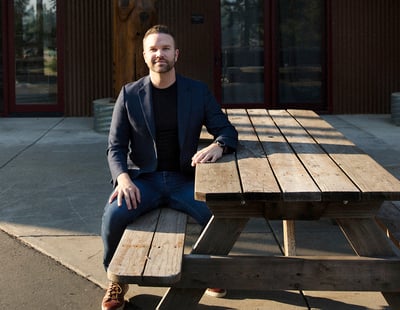 Mac is the CEO of Streamline. He is responsible for the growth of the company, recruiting and retaining top talent, and standing for Streamline’s culture and values. Mac also has a passion for making technology easy to use and accessible to all.

Mac is interested in the intersection of technology, governance, and policy, and how special districts are affected by state and federal regulations. Most importantly, he is dedicated to helping special districts stay compliant with state-specific, ever-changing website requirements.

Like Streamline, Mac is committed to the local community. He has served on the board of EO Sacramento, the largest network of entrepreneurs in the greater Sacramento area. He has also served as a board member of Stanford Sierra Youth and Families, the CSU Monterey Bay Foundation, and the Comstock’s Editorial Board, and has served as Vice-Chair, Public Policy for the Sacramento Metro Chamber of Commerce. In 2019, Mac was selected to chair the 49th Annual Cap-to-Cap program which brought over 350 local elected officials and business and community leaders to Washington D.C. to advocate for the Sacramento region.

Mac and the Streamline team have a long history of working on accessible websites. At the California Capital, Mac was presented with the “Vision Award” from Disability Rights California, the nation’s largest disability rights advocacy group, for his work on making websites more accessible to the public. The award was presented by Jeffrey Thom, a board member, Stanford-trained attorney, and long-time champion of disability rights. In presenting the award, Jeffrey, who is blind, challenged the audience. ”Consider how frustrated you would be if you went to your favorite website and you got just a blue screen with nothing on it,” he said. “This is the reality for many users with disabilities.”

Mac is passionate about establishing internship partnership programs with several regional schools while introducing students to the many interdisciplinary aspects of website development through Hour of Code and Linked Learning.

Mac was named 40 under 40 by the Sacramento Business Journal, was featured on the cover of Comstock’s Magazine as a change leader, and received the 2017 Young Alumnus award from UC Davis. In November 2014 and again in 2015 and 2016, Mac was invited to the White House to advocate for small businesses and discuss net neutrality. In 2020, the Graduate School of Management at UC Davis honored Mac with the "Rising Star" award.

Mac is passionate about supporting the arts. To this end, he held two Sacramento screenings with George Takei to raise money for Allegiance, the first Broadway musical to address the internment of Japanese citizens during WWII.

Mac cofounded a San Francisco-based 501(c)(3) non-profit called Reason to Party which throws parties to raise money for local charity while engaging a new generation in philanthropy. To date, Reason to Party has expanded to other cities and raised over $500,000 for local causes, garnered media attention from Forbes, The Huffington Post, CBS, and many others. Most recently, Mac helped inaugurate Reason to Party’s launch in New York City at the NASDAQ in Times Square.

Prior to Streamline, Mac served as founder and CEO of Digital Deployment, an award-winning agency focused on developing websites for institutions and local government. He build it from a small company in his dorm room into a multimillion-dollar company and sold it to a global media firm in the San Francisco Bay Area in 2022.

Mac holds an MBA from the Graduate School of Management at the University of California, Davis, and a BS in Computer Science from CSU Monterey Bay. Mac is a fellow of the American Leadership Forum (Class XIX) and Vistage.

In his spare time, Mac travels, plays the piano, sings, and does Ironman triathlons.

THE ONLY COMPANY CREATED SPECIFICALLY TO HELP SPECIAL PURPOSE DISTRICTS WITH